Recovering Accounts when all seems lost... 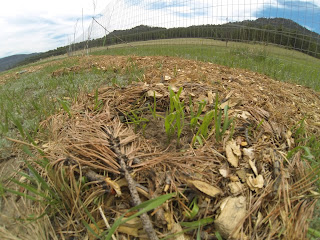 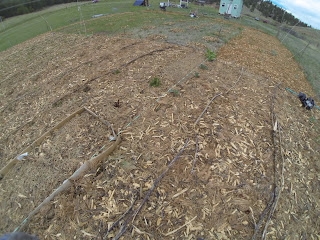 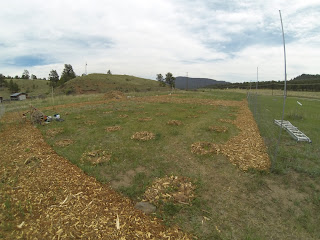 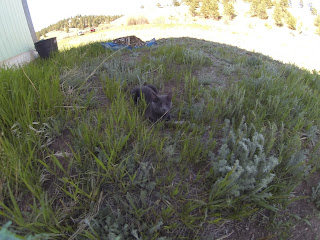 People. What the heck is wrong with them? :)

People. Hmm. What a broad spectrum that is. The hold so many hopes. Dreams. Wishes. Anguish. Fears. They hold a multitude of values. Common and common-sense. I personally love them. I am happy to live 30 minutes away from them in large groups as well.

You can say that we sort of run the gamut?

Some of my readers (if there are any left after my absence from Blogger while remaining on YT and Facebook) will recall that this page was about a Journey. One that started with the love of growing food. Independence. Maybe not even that. Perhaps it is own in taking your own steps in life. One of my favorite books has a character that is a homeless woman in NYC that is mentally divergent. Having snapped after the death of her child due to her alcoholism and a car accident. In the book, the characters favorite line is , "One foot forward and the next one gets you where you are going". That is how I see the big picture of LIFE. We as the human race are travelers. We are always going somewhere. Some people get a little clouded up by focusing on the goal or the attainable. For the others it is all about FUN. The fun of enjoying the ride. The journey. Can we look back and laugh... or cry (for the "earned" memory) at what it took to get to where we were going all along.

I'll let you all in on a little secret. Recently I was able to fiscally purchase an LPG (propane) On-demand water heater and shurflo pump. For the first time in 3 years I now have access to indoor plumbing. Ha! No... I still have bathed the whole time. Just now it no longer has to involve bird bathing it in a giant bucket. When I was setting the controls up for flow and water temperature vs gas I had my GF Samantha holding a shower head into a bucket to tell me when the water got hot. At first she replied that it was cold. Nothing happened. Then. *Click* *Poof* *Sounds of intense flames inside a metal box* A raging stream of water comes pouring out of that head and envelopes her in a giant cloud of steam before I can managed to pull the plug on the water pump. I think I may have teared up a bit right then and there.

I finally have accomplished what I have been seeking to do all along. Find a place that I belong. A home. Something stable. (As much as can be in our spinning world)

What is my point for this blog entry other than to note I am still alive and that we now have plumbing? Well, several years ago when I first "dried" in the cabin I took a bunch of video of the first winter and how I was holding up. What came about was a very long 20 minute video in which I talked about insulation, firewood, creeks, and horses with Cows as friends. It wasn't a very polished video in the slightest. Matter of fact, I went on about insulation far too long. Yes. Cloud. Insulation Insulates. It makes things either colder or warmer depending on the need.

Youtube and internet anonymity being what it is, it has garnered some nice discussions and also some rather forceful hate towards the subject and my overall ability as a videographer. Hahaha! My latest videos have gone onto be much better in that sense.

So, this morning I received a message from a Danish Electrician as follows :

Electrician here, not here to bash you, I just find your point funny. To me you don't sound like you know what you are doing money and material wise. I just stumbled across your video, so I haven't seen your solar setup yet. But putting $7500 in such a little building is a fucking stupid thing to do, when you haven't even insulated the house properly. From those $7500, not much was required to put in that last bit of insulation. And the value would be much better. A good 250w solar panel costs about $290 here in Denmark. So I don't know how the hell you can spend the amount of money you have done, on a solar setup. Just saying, that I find your money excuse pathetic, when you can spend $21000 on shit, yet not have insulated that little shed properly. That's the opposite world; construction wise, if you ask me. Take my point, or don't. I guess it doesn't matter in this case - just hope you could maybe learn to prioritize basic things and maybe live nicer that way.﻿


In a bit of a taken-aback, irked reply I stated such :

Cursing makes you sound like a highly intelligent individual. I did not place $7500 USD in a "little building". I placed it in 2000 watts of solar panels. A battery bank of LiFePo4 battery cells. Outback inverter/charger. Midnite solar charge controller etc. That $7500 USD investment can go where-ever I do. I can ultimately sell my land (It has already jumped in value from the $8500 USD paid in 2013 to a current value of $17,200 USD) earn a profit and then take the solar with me to another parcel of land or a suburban house if I chose to do so.  Glad you found your 250 panels for $290. I paid $0.90 USD per watt for my own. Hence all 8 panels (2000 watts) cost me $1774 USD. I am not running a little dinky 12v inverter you get from an auto shop. This is a 3600 watt continuous, 5400 watt for 30 min, 7000 surge inverter. $1800 USD, mate. $2500 USD in Lithium Iron Phosphate batteries. Not cheap car or golf cart batteries that are going to die in three years. The system is using a MPPT charge controller. Not some $30 cheap chinese PWM block. It is fully programable to accept all types of different battery chemistries. Midnite Classic charge controllers are not garbage electronics and rightly so cost a bit of money.  If you are a Danish Electrician and do not believe in spending the money on quality electronics when it comes to your safetly and longevity of your system... IDK mate. That is upon you. I would rather take the money now and spend it on quality goods rather than bitch later when I hit a hard fiscal time and have issues with the system.  A PV system is not simply running wires from a PV array into the AC breaker box. It involves lightning arrestors, combiner boxes, cabling, conduit. Charge controllers, Batteries, Inverters, DC disconnects. Large DC breakers, AC breaker boxes, ac breakers... Solar panels require fasteners and struts to brace them etc...  As I have stated before, I own 3 acres of land OUTRIGHT for $8500 USD, 2000 watts of solar with 5 kWh worth of LFP batteries (better and much costlier than Pb cells) $7500 USD. I have a grand in my eventual gazebo. I have currently $5000 USD in my cabin. A 300 SF space that is insulated and drywalled. With wood heat and lpg. Running water w/ On-demand Hot water.  I fail to see your harsh "educated" take on my fiscal choices.  Over the last 3 years this property has appreciated in value. I could sign over this place (including solar) to a homeless family for a dollar and I never lost money. (Factoring in the cost of monthly rent in the city) It has already long broke even. IF i sell the property for its appraised value... I MAKE money. If I take the solar with me... I MAKE money in addition to having a fully functional electrical system at my next home. As a Dane, how much have you spent in order to live over the last 3 years?  I live quite happy. My lights never turn off. I have no concerns when the utility grid goes black. I am warm. I am debt-free. There isn't any mortgage here.  Feel free to live your life as you see fit, but you can take a running jump through a rolling doughnut when you start judging how everyone else on this planet should live.  Way to point the finger, Rich Man. Perhaps next time you should take a simple moment to read the title of the video where it clearly and concisely states this is a video from 2013 winter.  Thanks.  Cloud﻿

Perhaps I went over-board. Who knows. But I think that we as people need to realize that we all have a journey and that it isn't the same one for us all. Yet, in the end, we all will end up getting to where we were going to be. Let us hope that we can cherish those "Journey-Memories" that were a bit part of how we got there.

Be Kind to each other. You all are amazing.

Summer of 2014
Went out to find my cat, see where he had gone (after being frightened of a rain storm while he was outside). Ran into a woman that turned out to be the neighbor on the other side of the hill. Asked me if I had seen her three legged dog. There behind her car, the dog decided to show himself. "That one?" as I pointed. I am starting to see a pattern of three legged dog encounters....

The Stay @ Home-Gardener
Still Deciding, United States
A wily pilot that had an idea to tear up the lawn on a .17 acre city plot to grow a years' worth of food. It went so superbly that he decided to go back on the road for six months, to save up to buy an acre in the county, build his Tiny eco home, and live simply. This is the story behind it!